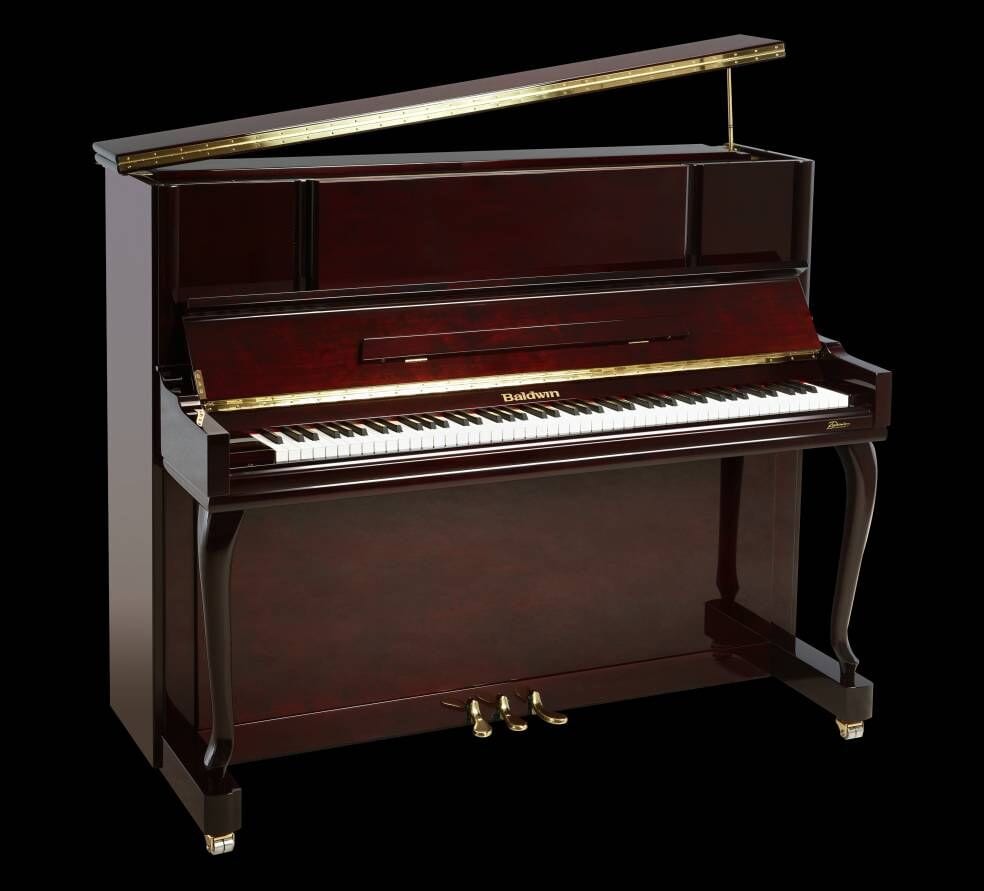 This piano is in stock.

Baldwin Piano & Organ was established in Cincinnati in 1862 as a retail venture and began manufacturing its very own line of pianos in 1890. As Baldwin grew into a $9 Billion conglomerate, it began to invest in other (non-musical) enterprises – which, unfortunately, drove the company into bankruptcy during the 1990s. Luckily, however, the piano company itself emerged unscathed and continued to produce Baldwin pianos for global distribution. Today’s Baldwin pianos are made to the same standards that drove the company to its original success. Thanks to its iconic name, global production model and exclusive innovations, today’s Baldwin pianos are recognized as the finest instruments the company has made since their original Cincinnati factory – a high honor indeed.

The Baldwin piano is an American piano brand and has a great deal of power, richness, and depth within the bass. The action is light, nimble, and easy to control. With these attributes, this makes a great piano for anyone at any skill level.

Gist is proud to be the region’s only authorized Baldwin Piano dealership. We are thrilled to support this American icon as it is restored to its rightful place in the global piano market.